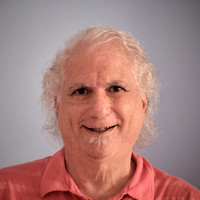 I have been a New York street photographer for over 40 years. I started with a Kodak Hawkeye at the age of 7 and grew serious at 12 with the purchase of a second-hand Voigtländer Vito C, followed rapidly by my first SLR, the venerable Minolta SrT101 at 13 and I spent my teenage weekends photographing the raucous alternative antics in Central Park during the turbulent late 1960s and early '70s.

In the mid to late '70s I worked as an event photographer and had the opportunity to photograph such notable figures as Muhammad Ali, Prince Sihanouk, Mayor Ed Koch and Secretaries of State Elliot Richardson and Cyrus Vance. After an absence of many years I returned to photography in 1999, forsaking film for digital. Initially drawn to images of the South Jersey shore, I quickly returned to capturing the often unobserved minutiae of daily life on the Upper West Side of Manhattan.

For prints, or anything else, contact me at [email protected]